This store requires javascript to be enabled for some features to work correctly.

Free shipping on US orders over $50.

TYMO VOLUMIZER is the professional one-step hair styler. This multi-functional hot air brush is designed to deliver gorgeous volume and brilliant shine at the same time.

The product can be used as a blow dryer, volumizer, straightener, and curler.

Titanium barrel and ionic technology create volume at the root and sleekness along the hair shaft while a mix of long and short bristles detangle, smooth and minimize breakage.

Adjustable heat settings provide a customized blowout that works for every hair type.

*Apply in 120V use only, orders are only available for U.S. and Canada.

TYMO Volumizer Brush is a Hair Dryer and Styler, See What You Can Do with It

I ordered the volumizing hairbrush after hearing rave reviews from some YouTubers. When I first unboxed it I thought the bristles looked splayed out and bent, but being such a novice in the world of hair care and after hearing such good reviews I just thought that was the way it was supposed to be. I loved using it, it made me look like I had celebrity hair, just with a blow-dry, no products at all. I had been using it for less than 3 weeks when all of a sudden I was drying my hair normally, on high, and I slid the bar to change the setting to cool, but nothing happened. I took it out of my hair to look at it, but no matter how many times I slid the dial back and forth the settings wouldn't change, and I couldn't turn it off. The only way to get it to turn off was to unplug it, and when I gently shook it, I could hear a piece of plastic rattling around inside, as if something had broken in the settings dial. However, I plugged it back in and continued to dry my hair, (which I never should have done) when all of a sudden an electronic crackling sound came from the dryer, like something was short circuiting and it almost felt/sounded like it was going to explode. I quickly unplugged it and had to recover from the fear/shock of what felt like a near electrocution.

I did not drop the hairdryer or misuse it in any way, and up until that point I had been loving it. I contacted TYMO and they got back to me IMMEDIATELY, and they were very understanding and said this is not something that typically happens, as I was afraid of even using another one. They sent me a replacement right away, and within less than a week I had a new hairdryer in my hands. Here's where it gets really interesting...

When I took the new one out of the box it was evident that my previous hairdryer that had almost blown up had, indeed, been sent to me damaged to begin with. I have attached a photo for reference. As you can see, on the original hairdryer (on the right) the bristles are all splayed out and bent, while on the new hairdryer the bristles are smooth and sticking out in the way you would assume they should be. Now I understand that something was wrong from the beginning, and I feel a lot better about using this new hair dryer without the fear of the same thing happening again. I do not know what could have caused it to look that way, perhaps it was a return and then sent to me?

My real reason for writing this review is so that if anyone ever receives a hairdryer that looks like the one on the right and not the left RETURN it immediately and ask for a replacement. I would hate for anyone to go through what I went through, or have something worse happen.

The hairdryer is amazing.
TYMO had fantastic customer service.
Just be careful and if something looks off, trust your gut. 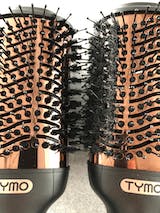 This is my second time purchasing one of TYMO’s products and I’m absolutely obsessed. I have curly hair and it straightened my hair so quickly!! I love it and it does its job very well.

T
Tabasuri
Must Have Tool! 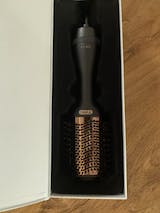 This is the first hair dryer / brush combo I've ever had, and I was so pleased with the results. Normally I get arm cramps blow drying the back of my head, but this brush makes it sooo much easier! 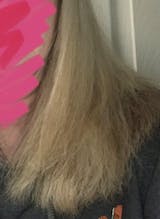 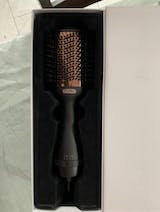 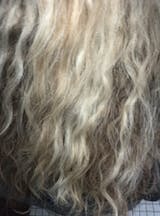 k
keshia
Blow drying is so much easier now!

Great product. I have wavy hair and it works really well to dry and straighten at the same time. All the look of a blowout without the hassle of trying to manipulate a brush and a hairdryer.